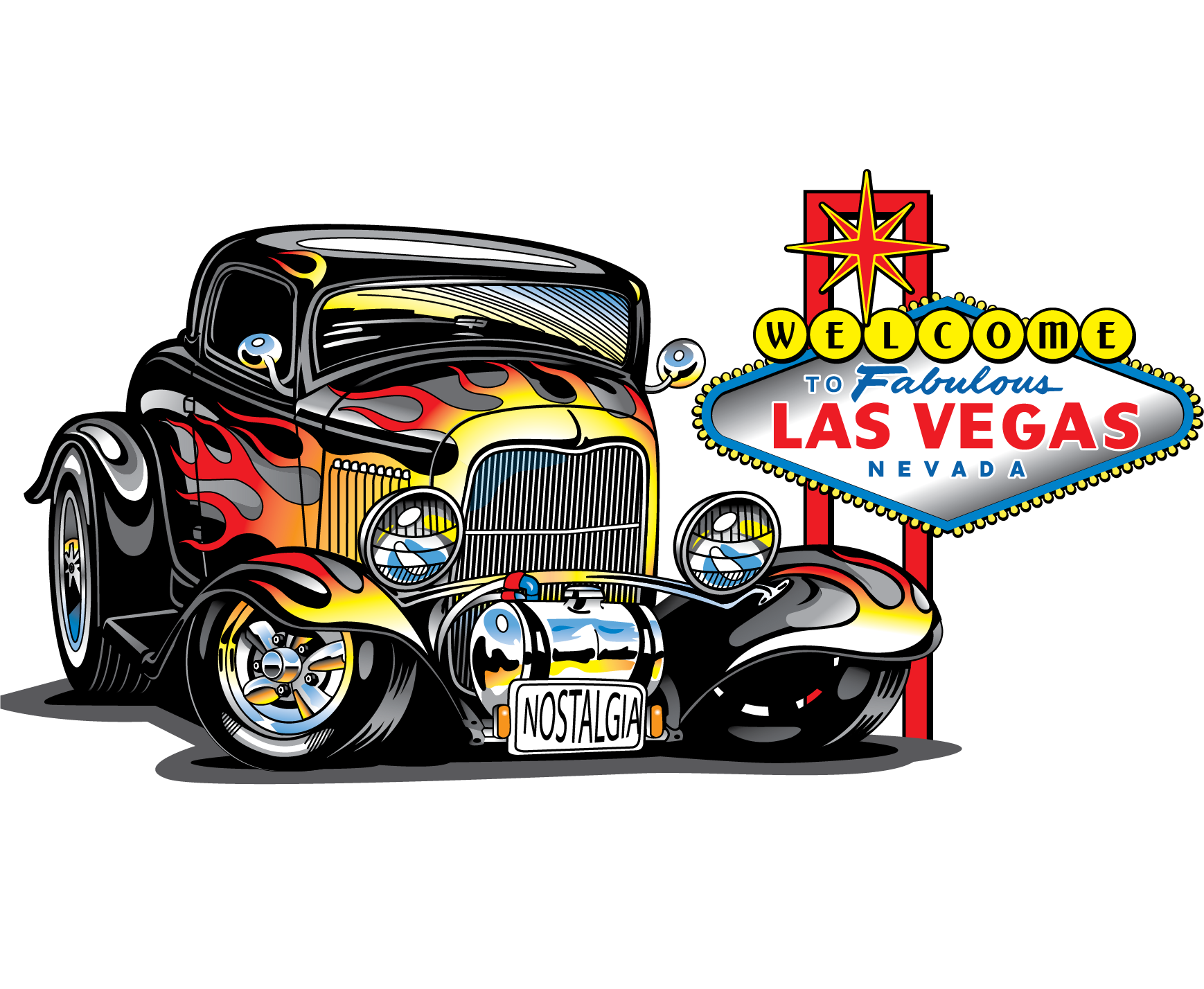 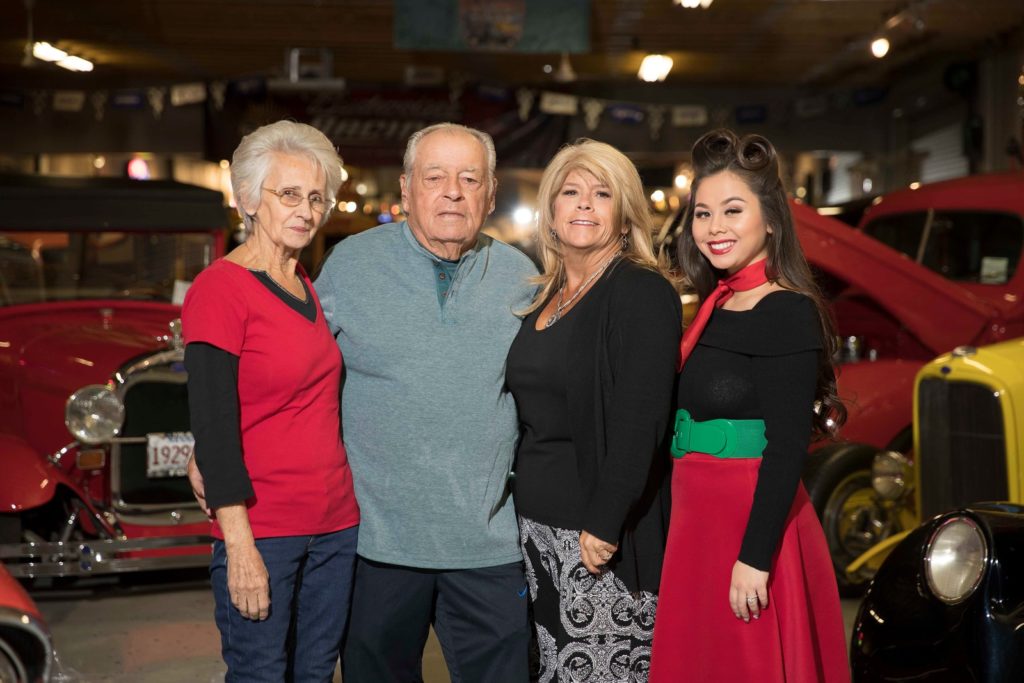 The Nostalgia Street Rods Museum can be traced back decades ago when Art Goldstrom bought his first Ford at 15 years old. That car was the beginning of a lifelong love affair culminating some 65 years later into the museum’s 180 car classic collection. Of course, Goldstrom had help along the way. Art remembers Shirley Goldstrom as “every bit my equal when it came to business, commitment, and community service.” After Shirley passed away, daughter Sheri Goldstrom stepped into the family businesses. Sheri referred to her mom as a best friend and mentor & has continued to maintain the family tradition of giving back & working with a variety of local non-profits. The Goldstrom family has supported countless charities and non-profits over the years. Sheri is particularly fond of Pawtastic Friends, which trains and prepares homeless dogs to be placed in their new “forever” homes. As well as Speedway Children's Charities, which ensure children in need are given the tools to build a better & brighter future. 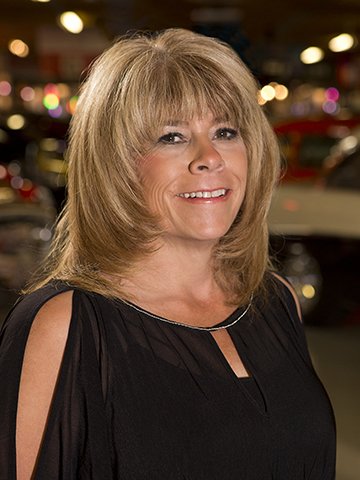 Sheri Goldstrom sits at the center of all of the Goldstrom family ventures. She ensures that all the contracted work, maintenance, museum, office spaces and properties are in order. Sheri graduated from Gorman High School in 1984, and the exigencies of her mom and dad’s enterprises would work their way into her world with a development of her understanding in business and management. Sheri married Pat Harris in 1986, and had daughters Amanda and Courtney shortly after. Sheri first earned her Commercial Driver’s License and began hauling scrap from the Goldstrom Enterprises demolition of the Stardust, Dunes, and Hacienda hotels and casinos, among other notable work projects. A picture on the wall of her office shows her standing next to her 18 Wheel 1989 Peterbilt, noting that she proudly learned to drive on a 1969 twin-stick Peterbilt. Sheri’s participation in the family businesses was advanced, tragically, with the early deaths of her two brothers, Rick who died at 30 and Randy who died at age 32. She then moved into a closer relationship with her mother, who she says was and is the brains of the family achievement. Sheri thought of her mother-daughter relationship as being more of a mentorship. Shirley showed Sheri the intricacies of careful work in the field and critical intelligence in the office. Sheri successfully took on the responsibilities of bidding and inter-business public relations in 1996, and absorbed more knowledge from her dad Art’s strategic business acumen and thundering good senses, stating that a great deal of her own skills come from his closeness and example of hard work. Sheri Goldstrom is a lover of cars, antiques and artifacts of various eras in popular American culture. She is reluctant to name one favorite car of the many (about 180) in the Goldstrom collection, but when pressed she talks about a 1949 Chevy fastback and a 1932 Ford periwinkle purple roadster and a 1956 Ford Pickup. For all of her strengths, she has not lost the honest and basic emotional response to beautiful cars aside from their intrinsic beauty and value, and Sheri continues to organize and coordinate the museum and the car collection with skill and thoughtfulness. 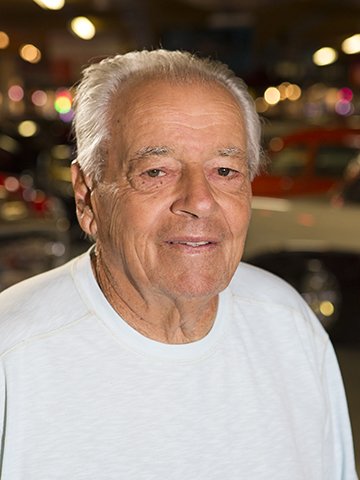 ART GOLDSTROM is not an easy man to write about. One can easily slip into the somewhat wondrous details about the things he has done: a young man who started as a jack-of-all-trades for Lincoln Welding and later hauled gravel to and around construction sites; who with his wife, Shirley, began a general contracting and demolition business, Goldstrom Enterprises, that went on to notable successes; and how he, Shirley, and daughter Sheri have put together such a remarkable collection of cars, antiques and artifacts. However, there is an aspect of the man that can easily be lost in an outline about the work he has done. One can only say some simple things about Art Goldstrom: he says very little, but what he does say is freighted with good sense; if his efforts are fruitful, and they are, that is a reflection of his strong work ethic; he knows the social landscape well, and his wit fits perfectly into the interstices of fact, fiction, and fun. Simply, Art is an enormously talented businessman, a hot rodder, and a thoughtful man.Repeatedly, the Goldstrom family is called “down-to-earth” and genuinely “good people,” and Art is at the center of that constellation. 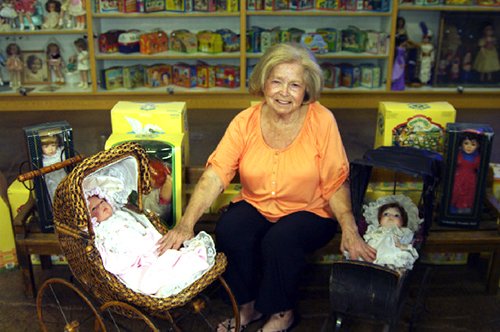 SHIRLEY GOLDSTROM is a private woman who has quietly collected era-specific antiques and artifacts and memorabilia that bridge the worlds of art, entertainment, music, and sports. She was born in Denver, Colorado, where her parents and family had a pig farm which she remembers fondly. Her dad died when she was very young, and her mother moved in with her parents in San Bernardino, California, when she was nine years old. Her maternal grandparents became her custodial parents although her mother remained with her. When her mother remarried, Shirley moved to Las Vegas, Nevada, with her mom and her stepdad who was a salesman and a refrigeration technician. She was only sixteen years into her life when she met Arthur L. Goldstrom, and she and Art eloped without any members of the family other than an aunt and uncle knowing. Shirley began her life of achievements at 18 years old with the birth of her first child, and now she joins Art in celebrating their 60th anniversary. Shirley was a successful retailer who had a handbag shop for more than six years, and she also had a dress shop at Flamingo and Windmill for more than five years. Politically astute, Shirley cultivated friendships with judges and governors, and she would regularly attend county and city policy meetings. She actively helped to organize Women in Construction which she headed for two years. An excellent bowler for some 30 years, Shirley competed locally and regionally and nationally; she has a lifetime average of 190 that included occasional 300 games. Shirley became the guiding hand of the family collections when she decided that Art should not continue to restore and then sell his antique cars and hot rods. The collection of 180 or more cars began then, and Shirley’s own museum collection somehow came to be thought of as secondary to that collection when in fact it was a continuation of her own astute historical sense and collecting. Art, however, gives her full credit for the success of their combined ventures. Shirley and Art had three children, Randy, Rick, and Sheri. Both she and Art have borne the sorrow of the early deaths of both Randy and Rick, but Randy’s two children (her grandchildren) Chris and Art, Jr., have graced her life with great grandchildren Randy, Cheyenne, and Danielle. Sheri in turn presented her and Art with two granddaughters, Amanda and Courtney. Shirley actively supports the Boys and Girls Clubs of Southern Nevada, the American Parkinson Disease Association of Southern Nevada, and, on a more personal level, she crochets hats and blankets for local cancer patients.

Thank you! Your submission has been received!
Oops! Something went wrong while submitting the form.